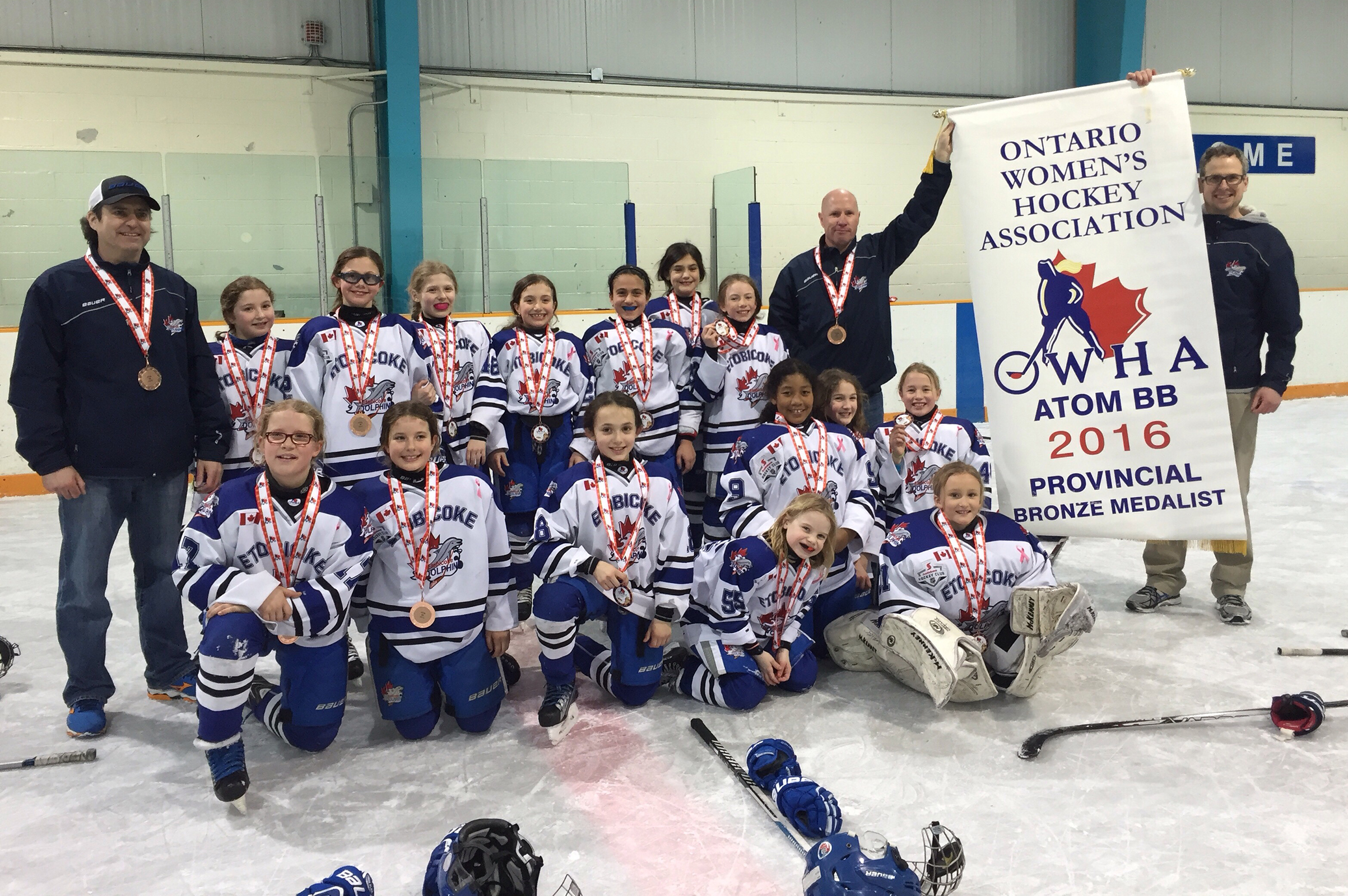 In August, fifteen young hockey players set lofty goals for themselves. One of those goals was less concrete and more of a wistful dream: win the last game of the year at provincials. Well, they did it.

It was not the colour of medal they wanted, but these Dolphins have no regrets. They played the best hockey of the year, and their lives, at provincials. In six games, they allowed only three goals against, while scoring fifteen. And even after losing in a heartbreaking epic semifinal which may have been their best game of the year, and falling behind in the bronze medal game, these Dolphins had the fortitude to tie it up and will the puck over the goal line in overtime … just barely.

What a game.  What a tournament. What a season.

Congratulations to the 2015-2016 Atom BB Etobicoke Dolphins. We salute you.