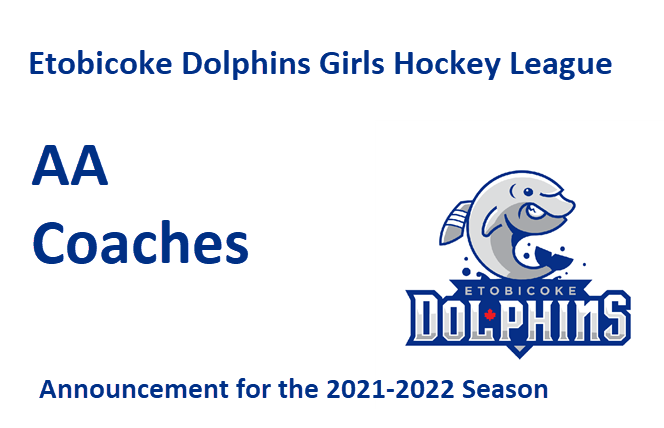 Joe, is a Hockey Canada HP1 certified coach, and is in his 5th season Coaching the Etobicoke Jr. Dolphins (PWHL) program as Head Coach. He also has Hockey Canada Level 1 & 2 Goalie Coach certifications and is a D1 Coach Evaluator.

Last season, Joe was selected to be apart of both the OWHA Team Red & Team Blue Coaching staffs at the 2019 National U18 Championships in Morden, Manitoba.

Besides coaching Hockey in Canada, Joe has spent the past 7 years as an Ambassador with the Hamilton, New Zealand Inline Hockey Club. And in 2020, he was selected to be an Assistant Coach with the 2020 Team China U18 World Championship team in Katowice, Poland. Where China won their first ever medal at the IIHF World U18 Women’s World Championship medal winning a bronze medal.

Over the past five seasons, the Etobicoke Jr. program has had 50+ players earn Canadian or American athletic scholarships as student/athletes.

And for the first time for the Etobicoke Junior hockey program, they won the 2019-20 PWHL Regular Season Championship with a 27-4-6 regular season record.

The Etobicoke Dolphins are extremely excited to announce that Karolina Urban will be joining the Dolphin Family as the Head Coach of the U18 AA Program for the 2021/2022 season.

Karolina has 5 years experience as a head coach in youth hockey including 3 years as the head coach for the U15AA Leaside Wildcats. She has over a decade of experience teaching power-skating, skill development and strength and conditioning to young athletes. Karolina believes that as coaches you need to provide athletes with a platform to succeed and find ways to build their confidence, inspire players to push outside their comfort zone, and teach the intangibles that are inherent to success in sports at the highest levels including teamwork, accountability, determination, communication and having a growth mindset.

Karolina’s hockey experience includes competing at the Canada Winter Games in 2017 for Team BC, finishing top ten all time in points and captain for 3 years while competing for the University of Toronto Varsity Blues, three years competing in the Canadian Women’s Hockey League including assistant captain of the Calgary Inferno and winning the Clarkson Cup with the Markham Thunder in 2018. Academically, Karolina has her Bachelor’s degree in Physical Health and Education (kinesiology), MSc in neuroscience and PhD in Rehabilitation Sciences from the University of Toronto and often draws on evidence based knowledge to guide team plans.

Joining Karolina on the coaching staff will be defensive coach Marlie McLaughlin and an offensive team coach (to be announced at a later date). MarIie is a knowledgeable defensive player and coach with 8 years of experience in on & off ice training for hockey performance. Marlie is an Ottawa native, moving to Toronto to attend the University of Toronto where she competed for five years with the Varsity Blues, two of which as assistant captain. Following her Kinesiology degree at UofT, Marlie completed her postgraduate in Sport & Event Marketing at George Brown College where she also represented the school on-ice. Marlie has spent 3 years as the defence coach for the Leaside U15 AA team and in 2019 had the opportunity to be the defensive coach for the newly formed National Lebanese Women’s Team. As a coach, Marlie believes in the development of strong high-performance athletes achieved through commitment, hard work and of course fun. Marlie has continued her career in Sport Marketing now managing brand partnerships with the NHL, Montreal Canadiens, Ottawa Senators and Edmonton Oilers.

To connect with the coaching staff please send an email to dolphinsu18@gmail.com.

The Etobicoke Dolphins are pleased to announce the return of Kelly McDonald as the Head Coach of the Bantam AA team for the 2021-2022 season. This will be her third season at the helm of the u15 AA Dolphins. Before coaching Bantam, Kelly spent two seasons as assistant coach of the Etobicoke Junior Dolphins. Within the OWHA, Kelly has coached at the 2018 Ontario Summer Games (U16 High Performance) as well as the U18 Canada Winter Games Selection Camp. Most recently, she was on staff with Team Ontario Blue at the 2019 National Women’s Under-18 Championships in Manitoba.

Prior to coaching, she played professionally in the National Women’s Hockey League (NWHL) and Division I for the University of Maine. She also has over a decade’s worth of experience in Power Skating and Skill Development. As a coach, her goal is to create an environment in which athletes can become the best versions of themselves on and off the ice. More specifically, she wants to help create well-rounded student-athletes by providing them with the information, tools, and opportunities to grow.

Kelly looks forward to working closely with Karolina of the U18 AA team and Joe of the Junior team in an effort to maintain the cohesion promoted by the High Performance Development Stream.

As a native of Etobicoke Doug grew up playing AAA hockey in Toronto. After his minor hockey days, Doug went onto play Provincial Junior hockey before finishing his career playing for the University of Toronto Varsity Blues. He was fortunate to participate in the National Championship game in his final year.

Doug has been a certified coach in youth hockey for fifteen years. He has split time between the GTHL and LLFHL from tyke through midget. Within the Etobicoke Dolphins, he has spent time as both an assistant coach, and head coach for the past decade.

Doug has never lost his passion for the game and, as his tenure indicates, loves to share that passion with the next generation of players for our great game. Doug believes that confident hockey players make great teammates and better individuals.