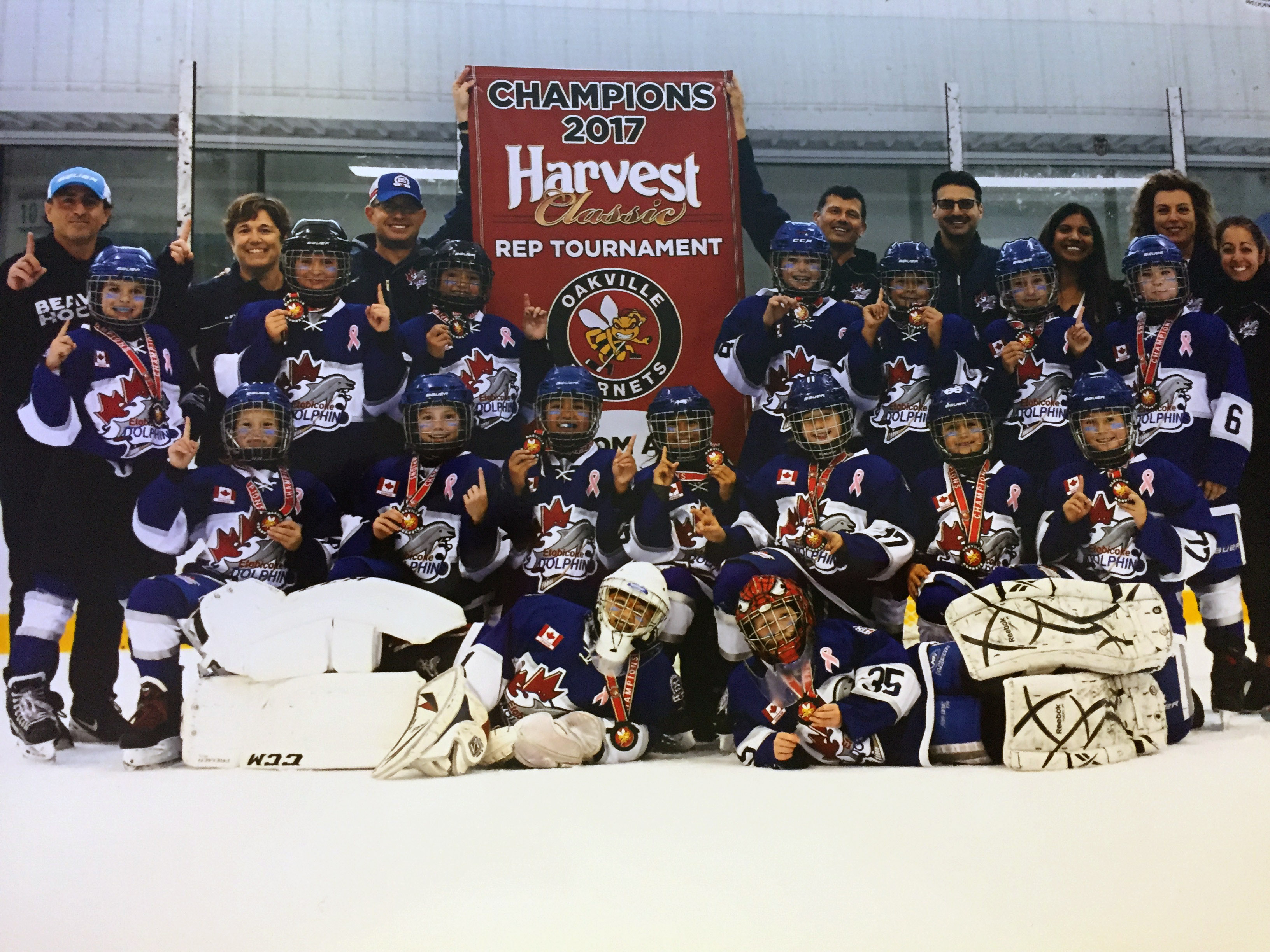 Congrats to the Etobicoke Dolphins Atom AA team on their gold medal win at the Oakville Harvest Classic this past weekend. Going 2 and 1 in round robin play, the Dolphins advanced to the semi-final game against Whitby – early season favourites. An early goal in the first couple of minutes of the game ended up being all they would need in this hard fought, defensive, 1-0 nail-biter to the last second… not to mention an incredible performance in net. In the final, they met Stoney Creek who had beaten them in pool play earlier in the tournament. It took 100% effort from every player, rock-solid goaltending, a never-quit attitude… and, oh yeah, overtime and a 6-round shoot-out to pull off the big W in the final – congrats girls on a great start to the season! 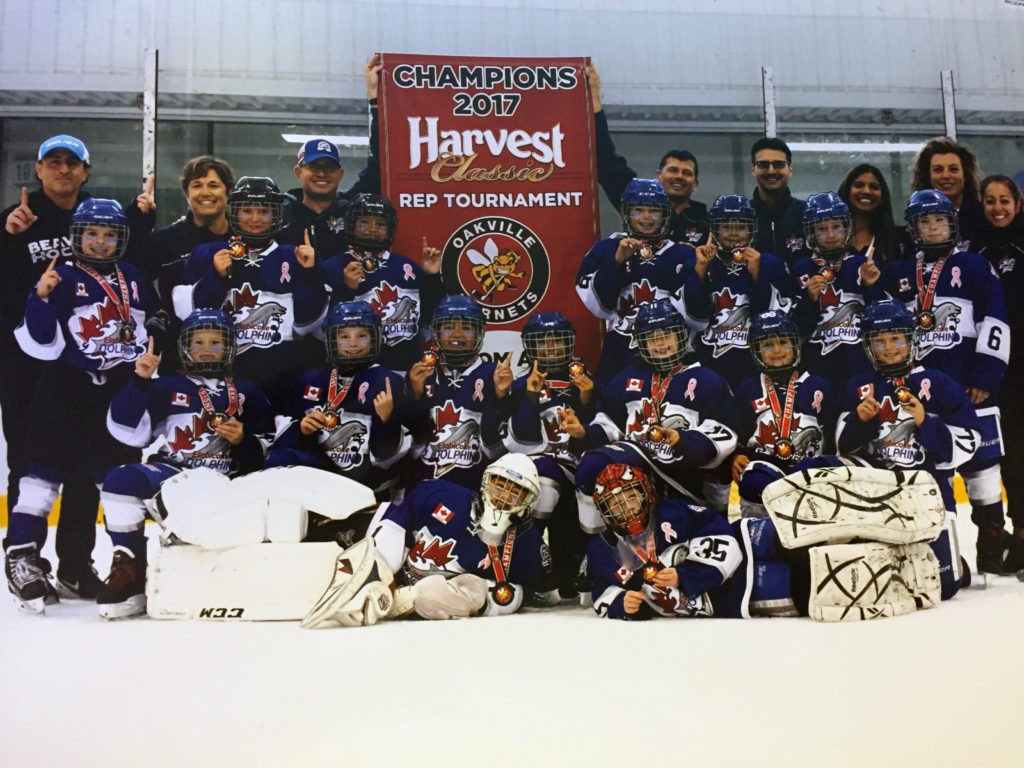