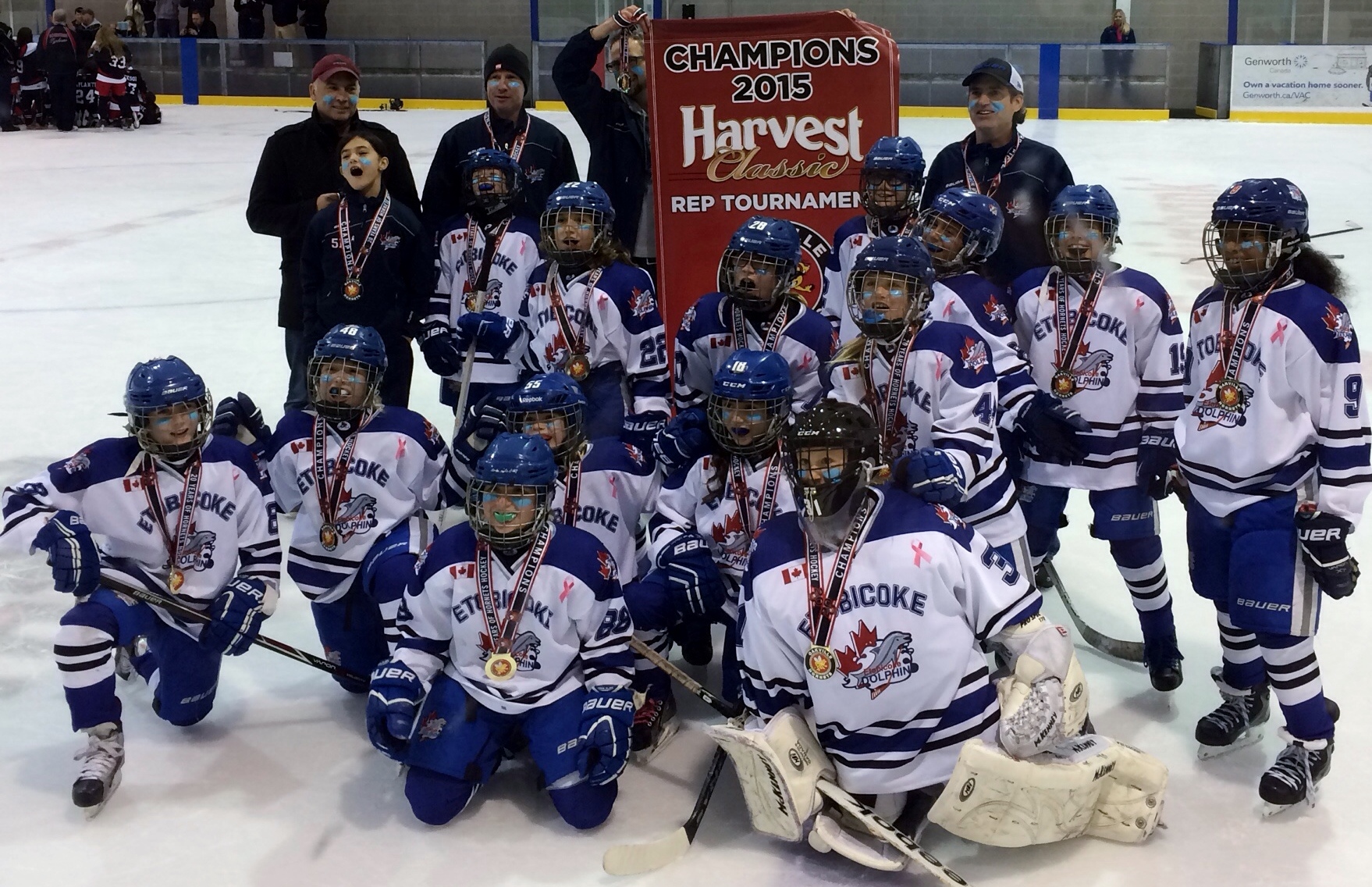 The Dolphins Atom BB squad opened the year by bringing home golden hardware from Oakville. It was a team achievement, to be sure, but deserving of specific mention are the Dolphins defence, Leagh “Lightning Loo” Cox, Maddy “Mojo” James, “Queen Vic” Damiani, Emma “Powerhouse” Venusio and Lauren “Brick Wall” Brazel, who together were the stingiest D corps in the tournament, protecting their goalie, keeping shots against to a minimum, as well as contributing to the offence.

The saga began with the ‘Phins making it through the round robin unscathed, beating hosts Oakville, as well as London and Cornwall, and earning a bye to the semis. After again defeating the Devilettes in a hellish semifinal contest, a stormy rematch in the final with the Cornwall Typhoons was in the forecast.

The Typhoons’ significant size advantage was coupled with formidable goal-tending. The Dolphins were undeterred, shooting from all angles. Finally, Julia “TBD” Bullock got the rubber past the the Typhoon net-minder by sheer determination. Despite best efforts, the Typhoons evened the affair by squeezing a puck in the Dolphin cage. Dolphin snipers, Angelica “Jelly” Harris, “Awesome” Abby Dalton, Trinity “Tweety Bird” Zucchiatti, Aislinn “Machine” Poulimenos, Celina “Mickey” Mickevicius, continued their assault. Still, the game could not be decided in regulation … nor in OT. The players then moved to their shootout plan, whilst Amelia “Magic” Gardiner, on injured reserve, cheered her team on. Mack “Attack” Allen decided to fake that she was leaving the rink, but then cut back in across the crease and finally tested the integrity of the twine behind the Typhoon goalie. Meanwhile, Ally “Cat” Cop stoned 4 consecutive Typhoon shooters, who all circled back, heads hung, wondering how to beat the Cat. Their chances ran out when Emise “Beast” Grande, who persevered through a very physical game, fired an absolute missile that careened bar-down, sealing victory. 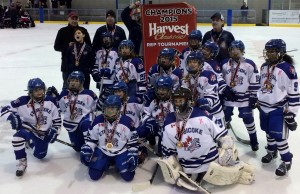