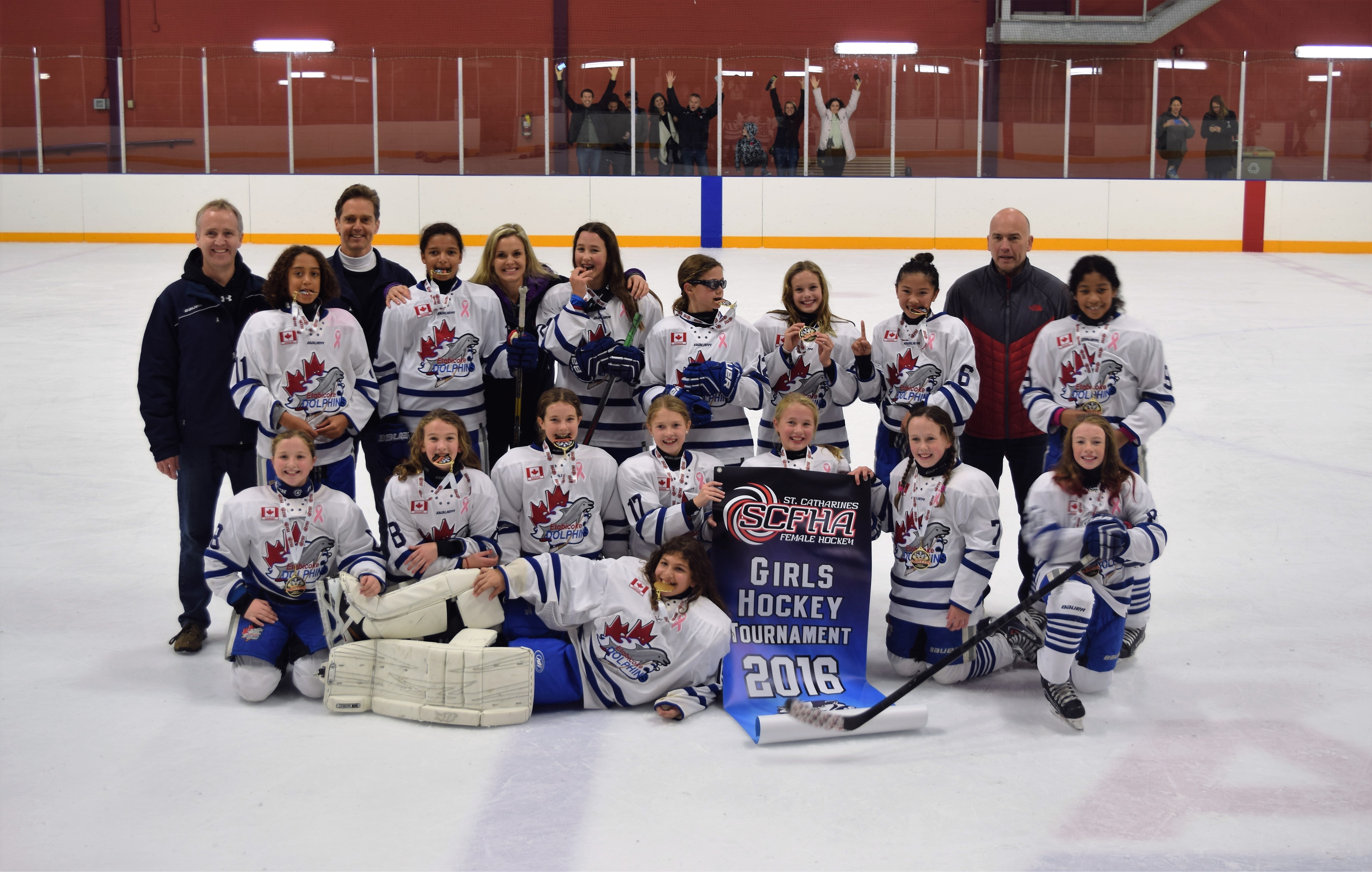 Congratulations to the Pee Wee BB team on winning the St. Catharines tournament this past weekend. 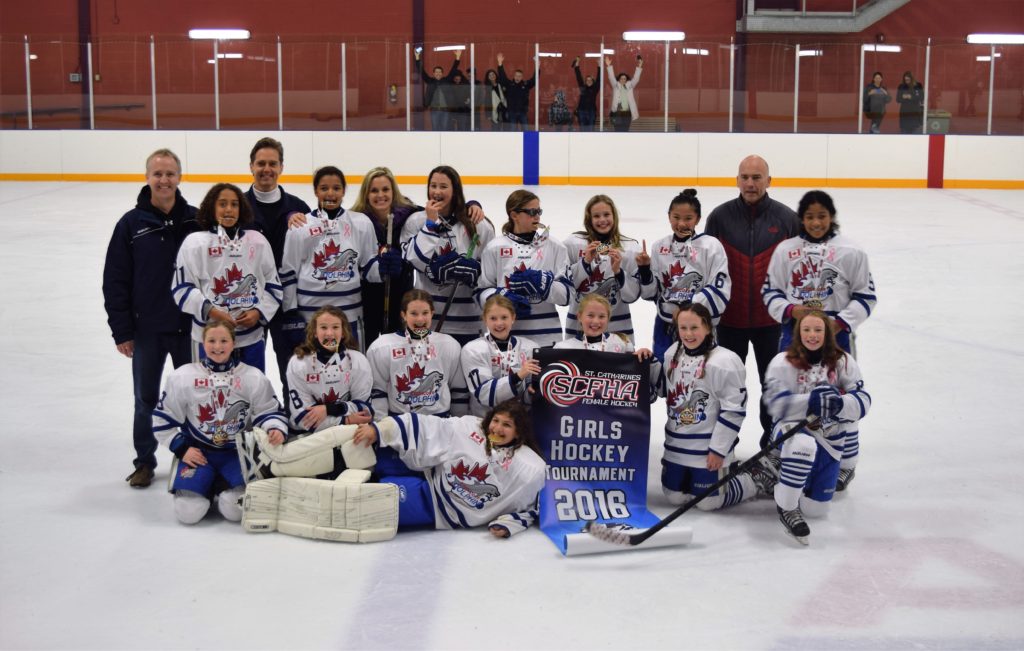 The girls played hard all weekend and were finally rewarded with two victories on Sunday.

The Dolphins game out flying in the gold medal game peppering shots at the St. Catharines goaltender.  Despite a number of great chances neither team could score in regulation time or the five minute overtime.  The Dolphins entered the shootout determined not to leave without their well earned gold medals .  The Dolphins were finally rewarded in the shootout scoring on two out of three chances while goalie Riley Rachman stopped all three St. Catharines attempts.

Congratulations girls on a great weekend!