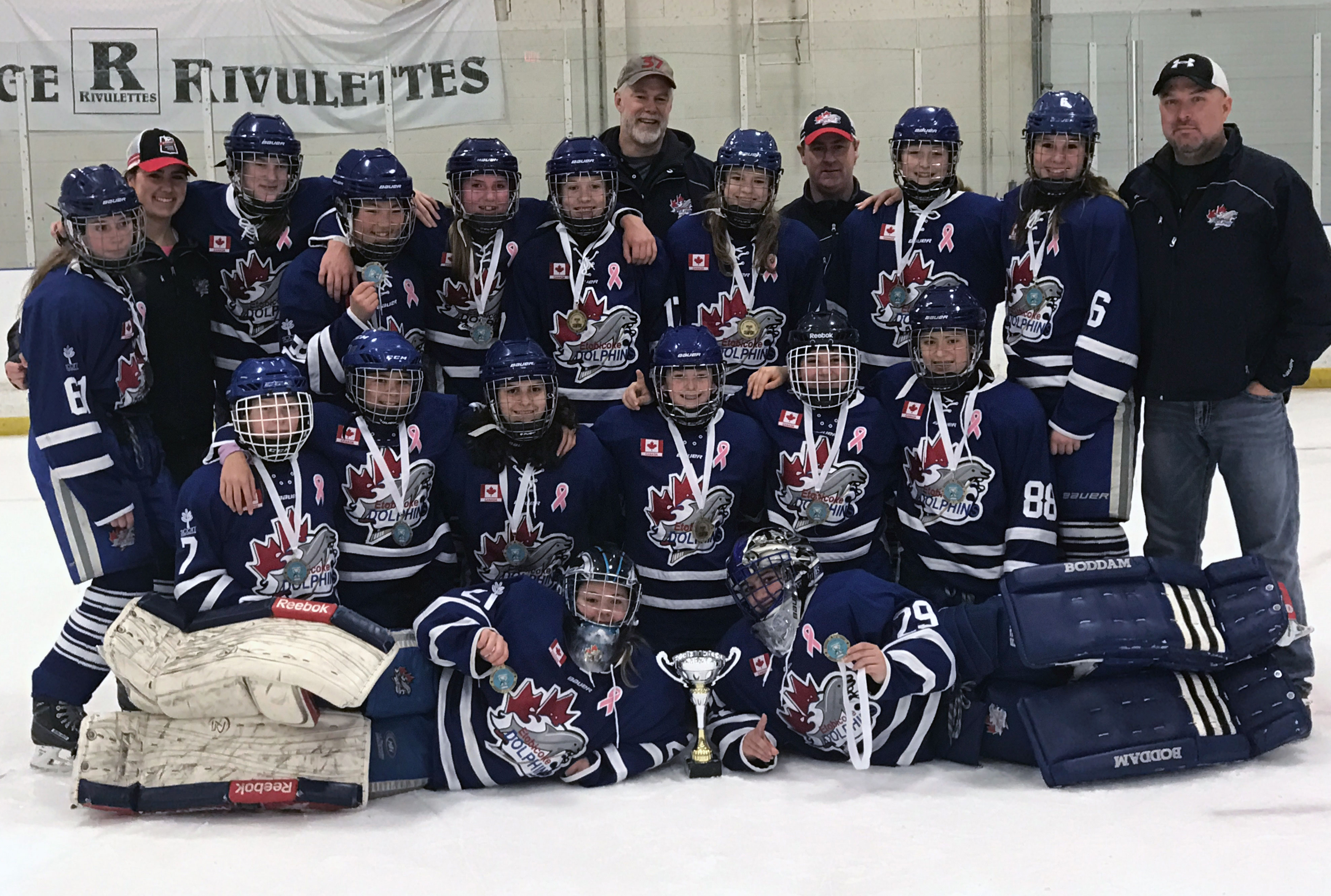 The Etobicoke Dolphins Peewee AA team have done it again by winning gold at the Cambridge Roadrunners New Year’s Challenge Cup Tournament this past weekend. This is the third gold medal for the team having won our Pink the Rink event and Whitby’s tournament of heroes, while taking silver by the slimmest of margins in a shootout in Rochester. 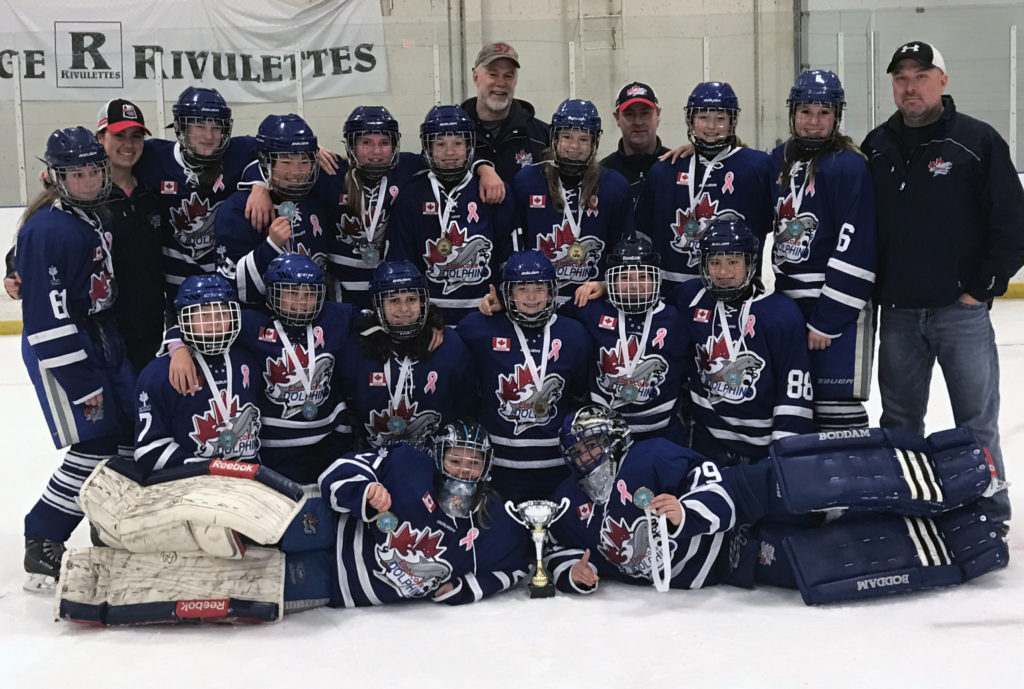 The Phins started off by dominating the Oshawa Lady Generals 5-0 on goals from Mckenna Van Gelder, Diane Choi, Wallis York, Alyssa Regalado and Charlotte Garofalo. While keeper Mari Pietersen pitched a perfect shutout between the pipes.

Next, the Dolphins put the Ottawa Ice on ice with a hard fought 2-0 win. Ottawa fought hard but the girls were again the benefactors with goals from Garofalo and Van Gelder and target Kaelen Parker kept the goals against average at notta with a second shutout for the team.

The last round robin game was against a talented and well coached home team from Cambridge and although the Phins significantly outshot the Roadrunners, they came up on the short end of a 1-0 game.

Fortunately, the girls finished first in their pool and advanced to the semi finals against a very skilled and young Aurora Panthers team. The Phins held a tight 2-1 lead until late in the game with goals from Van Gelder and Charlie Lewis when Aurora tied the game with twenty seconds left forcing overtime. With two minutes left, Mckenna Van Gelder sealed the win during 3 on 3 play. On to the finals!

There was no stopping the PW AA’s on Championship Sunday as they controlled the play from puck drop to buzzer, beating their rival Mississauga convincingly 5-1. On this day
Van Gelder netted three for the hat trick and others were scored by Garofalo and Claire Shepherd. Weekend assists were recorded by Haley Kliem, Diane Choi, Emma Fulawka, Charlotte Garofalo, Mckenna Van Gelder, Alyssa Regalado, Ava Bilton and Natalie Clemenzi. The defense core was led by exceptional play from Paige Allen, Cristina Cavaliere and Alana Tymochko.

What a win and what a golden weekend!

The girls are now preparing for their final weekend of Lower Lakes and then we are commencing our quest to be best in the LLFHL playoffs towards Championship Weekend. Way to go Phins!