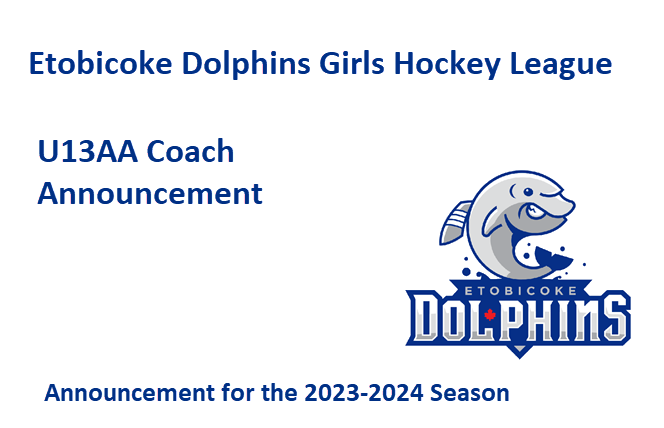 The Dolphins are pleased to announce that Stephanie Barnhardt will be our U13AA coach for the 2023-2024 season. Those interested can contact Stephanie @ stephanie_81@outlook.com. Stephanie, along with her brother as an assistant coach, bring a wealth of hockey and teaching experience to aid our young athletes with their hockey careers.

Stephanie is also a current coach with the Tyendinaga Thrashers. A competitive Indigenous hockey team based out of Tyendinaga, Ontario.

As a teacher, Stephanie brings a strong level of teaching and communication to the players. She believes in a competitive, supportive, and encouraging atmosphere to help players grow and build success for themselves and for their teammates.

With several of her past players playing at the AAA, AA, and provincial level, Stephanie is committed to building strong players and supporting their success in their hockey careers.

Stephanie can be reached at: stephanie_81@outlook.com

Dylan is currently entering his 14th season coaching minor hockey. He has coached in various leagues including the OMHA, GTHL, and OWHA.

As a goalie and goalie coach, Dylan has a strong sense of analyzing the game and breaking it down for his players. His specialties lie in building strong goaltenders and puck-moving defensemen, with many of his players moving on to play at the AAA and AA levels in the GTHL. As a high school teacher, Dylan is able to communicate with his players to help them analyze and see the game at a competitive level. Dylan is excited to bring his toolset to the Dolphins and help players grow their skills.